The Return of Allergy Symptoms to the Careless | Allergy

The Return of Allergy Symptoms to the Careless 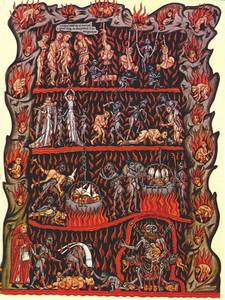 I slipped up a couple of weeks ago. I’m not sure where it happened, the only logical place was at a Thai restaurant I ate at for my birthday (some birthday present). The main reason I think it might not have been the restaurant is because of the timing – I usually get symptoms about 24 hours after ingesting wheat. I got symptoms about 12 hours after the meal.

There was one suspicious dish. Instead of being ultra-cautious as I usually am, I bit in to it, and as I was chewing and swallowing, I was thinking “hmm, this could be made with wheat “. But by then it was too late. By the end of the thought, I had swallowed.

I asked the waiter what the dish was made of, he said it was made with flour. I felt like I’d just been sentenced to a month in jail. Well, a month of brain-arrest, any now. Further questioning revealed that it was tapioca flour they use. So in the end, I figured I would be OK after all.

I wasn’t. I am having the worst symptoms I’ve experienced in years.

So what is to be learned from this unfortunate experience?

For one thing, I’ve been getting careless. Its an occupational hazard that comes with experience. You get good at something, you don’t have a problem for a very long time, and then you get lax. I’ll remember to be more careful again, as boring a task as that is.

The other thing I’ve been reminded of is to do my vacuuming. This may seem totally unrelated, but in fact there is a link. Most people have not one allergy but several, and I am no exception. I’ve been a bit lax about dusting too, and I think my dust allergy is acting up. That doesn’t help the wheat allergy symptoms at all because allergy symptoms tend to multiply rather than add when you are exposed to more than one allergen.

hi there ive just been diagnosed with a bad wheat allergy and ive been told lager is high in wheat could you please me what kind of alcholic drinks i can digest without the fear of all the bad effects happenin if it helps i dont drink spirits, please help as its my mates stag do soon and i want to keep myself right, thank you stevie

Hey Steven,
I’ve just discovered cider – very much equivalent to beer in many ways. Perry (cider made from pairs) can be somewhat similar in taste to beer as well (at least to me, I’ve not had a beer in 15 years).
Wine is also a good alternative.
Hope that helps!

Great information. Thank you. I wasn’t aware that fish sauce had wheat in it. I was at a very nice Thai restaurant in London a few months ago. They substituted beef that was not marinated (not great, by the way). I thought it was because of the soy sauce, but it might have been the fish sauce. Hmmm.

One thing about Thai food not mentioned in the allergy web site OR wikipedia is that Fish sauce is often made with wheat, so it is generally important to ask about the fish sauce when dining. There was an entire Vietnamese restaurant that was off limits to me due to the the fact that they marinated everything, including the fish etc. in wheat based fish sauce. I eat Thai food often, but it might be helpful to ask about the fish sauce, and be careful of any spring roll type things (especially fried), and anything they might have added soy sauce to. Hope you felt better quickly.

Thanks for that extra bit of information, sea. I’ll add that bit of information to my Thai food profile for travellers as well. Asking about fish sauce in a Thai restaurant is practical in a Western country, but in Thailand, that will be difficlut, as explained in the country brief.

If you have a hankering for spring rolls, rice-based spring rolls are a Vietnamese speciality (although, thanks again for that tip, Sea, watch out for the fish sauce!)

As for feeling better, well thanks for your wishes. This one is a real whopper. I’m more or less functional, but still working on feeling completely better.

Previous post: Is Kamut Safe for a Wheat-Free or Gluten-Free Diet?