The One Hundred Mile Diet | Allergy

The One Hundred Mile Diet 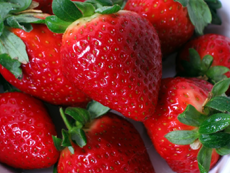 I just heard about a new book, called the The 100-Mile Diet: a Year of Local Eating

on the CBC Radio program As It Happens.

Alisa Smith and J.B. MacKinnon spend a whole year eating only food which grew and was prepared within a 100 mile radius of their home.

This sounds hard enough to begin with, but they made some interesting discoveries along the way, finding the project more difficult than they thought in the process.

For example, they found that locally caught crabs where sent to China for processing! Since the food had travelled more than 100 miles between source and plate, they couldn’t eat it.

Deciding to catch their own salmon in a local river, they discovered that the whole river had been destroyed by a train derailment that released caustic soda into the water. This put the magnitude of what some might consider a minor disaster into perspective.

Their experiment forced them to eat very healthy food. It was also a showcase for making the environment more healthy. I am sure that eating this way would reduce the incidnets of allergies, both because of the healthy food, and because it reduces the pollutants released into the atmosphere.

The new book seems to be titled The 100-Mile Diet: a Year of Local Eating in Canada, and Plenty: One Man, One Woman, and a Raucous Year of Eating Locally in the USA.